Cultural Change | Why a bit chaos is good for organizations

In the last two years I had some chances to experience day-to-day life in CATANIA (2nd biggest town in Sicily/Italy, approx. 300.000 inhabitants). What I was fascinated of , was the flow of traffic even during rush hours.

It was like Heraklit once said: Pantha Rhei. Everything flows! For me (and my characteristic style of driving a car) there was no problem at rush hour to approach the center of town (il centro) and to exit again within a reasonable time. If there are traffic lights at all, ‚Catanians’ ignore them. I myself have been wondering and asking myself:

Why this chaotic situation works in Sicily and why it doesn’t work in German or in Austrian or in highly developed American/European cities?
Could one reason be, that we ‚westerners’ are socialized completely different? (By the way: to find reasons for social and cultural patterns of individual and organisational behavior is an extremely interesting topic)
Why are some organisational (and national) cultures more flexible than others?
Could it be that it is due to a completely differently system of values upon which we are basically socialized and educated?
Wouldn’t there be a sizeable opportunity for a prosperous future by fundamentally changing paradigms in education at home, at schools and universities?Yes – we need more self-responsible, proactive and entrepreneurially minded people for today’s and future business challenges!
Let’s look at CATANIA again: relevant values to ‚survive’ chaos are:

Showing courage und initiative
Being respectful
Showing self-responsibility (individual responsibility) and
Being creative
Courage to stick the front of your car into the next cross-road in order to move on (even if there are lots of cars driving on this road)
Respect: your courage will be respected or, let’s say rewarded, and people open a slot for you (if you just wait, showing anxiousness, you will have problems to reach your goal)
Self-responsibility in terms of ‚It’s up to you’ to move on (trust yourself, trust others and you don’t need traffic lights and police)
Creativity and react very quickly to a change in traffic situations: if traffic increases, form two lanes of moving on even if there is no line on the road telling you to do that.

Now try to transfer this situation to, for example, LINZ (Linz is about the same size as CATANIA, is located in the heart of Austria and is the capital of Upper-Austria). Maybe LINZ is somewhat over-regulated: most times it is impossible ‚to ride on a green wave’; LINZ doesn’t know about roundabouts (an d if there happens to be one in neighbouring towns like Leonding, drivers are really challenged and surprised when driving into the roundabout. The logical consequence is that the potential for a traffic jam grows!); in Linz you will even find some locations where exits from parking allotments, fitness centers or gas stations are regulated by traffic lights; many signs and rules prohibit self-responsible thinking (‚father state cares for you’, just avoid thinking !) – and if there is no sign telling you what to do, the average citizen is generally overstrained (e.g. to make a left turn on a main road, people only move to the left side of the road if there is a lane and an arrow painted on the road which tells them to do so. Car drivers who want to go straight on have to wait in their lane …). There are many examples but the point is clear even at this stage: ‚Father State’ thinks and guides, citizens have trust you and avoid responsibility. You experience a totally contrary framework of values compared to CATANIA. LINZ is the synonym for:

it is not necessary to be self-responsible, because most decisions are taken care of anyway
loss of flexibility and, consequently, low-developed competence to adjust to changing situations (imagine what would happen if there were an electric power breakdown !)
people are not encouraged to develop creativity and find new solutions outside the box
low level of willingness to deal with risks
We see two totally different systems of values expressed by the traffic metapher. Sicilian (or Indian) people are brought up from beginning to embody COURAGE, RESPECT, AND ENTREPRENEURSHIP, whereas Austrians are brought up on bureaucracy, are kind of scared (especially dealing with new situations), and believe basically in authorities. Family and various forms of education take too much care of sons, daugthers, pupils and students. School programs are to o strict, flexibility is not necessary (everything is organized) and room for creativity is not provided. We need an adaptation in the Western world to be able to compete with future challenges from emerging countries and to cope better with crisis situations.

And now to the most important messages:

There is more leeway (for innovation and change) in more chaotic surroundings than in stringently and perfectly set up organisations (as well as social groups, states, schools, universities, families, ….)
Education and school systems based on a little bit more chaos will produce more self-responsible and eager pupils/students. Eager to the extent, that they will become more hungry and flexible in planning personal life. Life is not a matter of consumption , it is a challenge of permanent adaptation to new situations and – above all – a change of paradigms will bet he outcome .
We have to adjust our present paradigms to enable (personal/organisational) change to take place more easily. 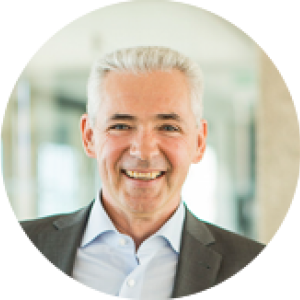